Following the ousting of former president Hosni Mubarak, the government started targeting companies who were believed to have purchased lands with a much lower value than its market value

Egyptian, Emirati, Saudi and Kuwaiti companies were all under fire.  The government, however, sought to reach a settlement with these investors. In this article, we will review the government’s dispute with the most significant companies and the agreements reached between both parties.

Egyptian-Kuwaiti Company for Development and Investment

The Egyptian-Kuwaiti Company for Development and Investment was requested to pay some EGP 47bn by the Egyptian government for some 26,000 acres of land in Ayat, Giza. The land, which was transferred to the company by a presidential decree in 2002, was said to be used for agricultural purposes at a price of EGP 200 per acre.

The Egyptian government’s settlement entailed that the company must pay 25% of the mentioned figure as down payment while the remaining would be paid over five years.

The company rejected the offer, however, saying that its inability to cultivate the land was due to the failure of the Egyptian government to supply water. The company then threatened to prosecute Egypt in international courts.

No new settlement has been reached.

Kaki Group Company, a company owned by Saudi investor Abdullah Kaki, issued an official demand to current Egyptian Prime Minister Ibrahim Mehleb, asking him to provide EGP 1bn as reimbursement for its assets and pumped investments in the Tanta Flax and Oil Company.

“The government should pay back the value-based pricing of its assets to the company because of difficulties in managing the company since the issuance of the administrative court rule of the invalidated contract of sale of the company,” Kaki said. ”The government is now at stake, either to prove its respect for the judiciary and investors, or to keep unhelpfully silent.”

The company’s owner spoke to the Minister of International Cooperation, Nagla Al-Ahwani, telling her that the government is not doing its part in serious investor protection. Kaki also confirmed that he does not want to return Tanta Flax to his business, due to the company suffering from false lawsuits and deliberate distortion of his reputation in the media.

No official response was provided by the Egyptian government.

In 1997, the UAE based company received a 700 acres land plot to construct the Cairo Festival City project. Amendments with additional amounts were made in 2007 and the company paid up. Supervisory reports, however, cited irregularities worth billions of Egyptian pounds for the difference between the allocation price and the actual price of the land.

In 2012, an EGP 420m initial settlement was reached between the company and the Egyptian government.

The company has planned to invest some EGP 22bn by 2015 and between 2011 and 2014 the company’s investments totalled some EGP 7bn. In March 2014, Minister of Industry, Foreign Trade and Investment Mounir Fakhry Abdel Nour announced that the company plans to establish five commercial malls in Egypt over the next five years with EGP 16.5bn in investments.

The minister said that Al-Futtaim will set up four commercial malls in Cairo’s districts of 6th of October, Maadi and Almaza and in Alexandria with EGP 11.3bn in investments. The fifth commercial mall, which will include 32 hyper markets, will cost EGP 5.2bn and will create 4,500 job opportunities.

Late 2014, the Egyptian government reduced its agreement value with Al-Futtaim, where the company pays approximately EGP 101m for additional land the company acquired to build the Cairo Festival City project.

A EGP 87m was also included in the settlement and still remains to be paid in instalments, for which an unconditional letter of guarantee was issued by the New Urban Communities Authority, alongside an additional EGP 32m. The total settlement value is EGP214m, which Al-Futtaim is committed to fully repay as well as its commitment to register ownership of the additional lands.

In 2006, the Emirati company purchased a land under the direction of Mubarak’s tourism minister Zoehir Garranah. An Egyptian court ruling annulled the company’s Gamsha Bay land contract. The conviction also sentenced, fined, and ordered Damac to return the 30m square metres of Gamsha Bay land back to the Egyptian state and an Interpol arrest was also requested against the company’s chairman Hussain Al-Sajwani.

In May 2011, the company announced that it is rejecting the Egyptian court ruling and said it will seek international arbitration.

Later during the same month, Al-Sajwani said he has “brought the International Centre for Settlement of Investment Disputes (ICSID) claim against Egypt under the bilateral investment treaty between the United Arab Emirates and Egypt.”

Late 2012, the New Urban Communities Authority (NUCA) demanded EGP 180m from Damac as payment for readjusting its stated activity in addition to a series of late fees. Damac insisted in addition to the 20.9% stock share that had been granted to them in the Hyde Park Real Estate Development Company (which is owned by Damac), the EGP 143m they had already paid to NUCA was enough compensation. This came in addition to an EGP 290m loan granted to the company by Hussain Sagawani.

In May 2011, in order to avoid liability costs, Palm Hills Development returned to the state a 9m square metre property that it bought from the government in Egypt’s North Coast.

In June 2014, the real estate company reached an agreement with NUCA for two of its sites, around 56.77 feddans, in Sheikh Zayed, 6th of October City.

The agreement was values at EGP 299m, of which EGP 96.4m is currently outstanding after deducting previous payments made by the company and including outstanding interest.  Palm Hills said that it expects to discharge its remaining EGP 96.4m obligation in eight equal quarterly instalments over two years from the date of signing of the reconciliation agreement.

One of the largest disputes that have taken placed while ousted president Mohamed Morsi was still in place was between Orascom Construction Industries and the Egyptian Tax Authority.

In March 2013, a tax bill was submitted by the ETA demanding the company pay EGP 4.7bn in relation to the sale of Orascom Building Materials Holding (OBMH) to industrial group Lafarge in 2007.

In April 2013, Orascom reached a final settlement with the ETA, agreeing to pay EGP 7.1bn and covering the years 2007 to 2010.  The company paid EGP 2.5bn initially, then was said to pay EGP 900m by the end of December, followed by successive payments every six months until December 2017.

At the beginning of 2014, Orascom Construction suspended its December payment to the ETA. Later during the year, the prosecutor general acquitted the company from the case. A meeting took place between Egyptian Prime Minister Ibrahim Mehleb and Orascom Construction Industries’ CEO Nassef Sawiris. The meeting tackled the tax dispute.

An independent appeals committee investigated the tax evasions case and in November and ruled in favour of Orascom.

The company decided not to take the EGP 2.5bn first instalment paid to the government but rather donate it to the Long Live Egypt Fund. The construction company announced in November that intends to invest some $2.5bn-$3bn, along with the UAE-based International Petroleum Investment Company (IPIC), in constructing a coal-friendly power plant.

A dispute occurred between NUCA and SODIC over the Eastown land of one of its subsidies, Soreal. In August 2013, SODIC won the case to maintain its rights for the land usage. Some administrative procedures with the authority were still being examined, however.

SODIC settled with NUCA over the Eastown land in April 2014, agreeing to pay EGP 900m over seven years. The settlement dictated that the company should develop the project in five years.

The latest announcement from the company came in February where it disclosed that it plans to invest over EGP 2.3bn during 2015.

“The first part is towards land and settlement payments, and one towards direct execution, and the final part is towards overhead and [other expenses],” Ahmed Badrawi, Managing Director of SODIC, told the Daily news Egypt. “About EGP 1bn of that amount is directly invested into contracting and actual development, and that is across the two main projects: Westown and Eastown, and also some into Villette”.

Badrawi added that the company hopes to confirm an investment in a coastal location before the first half of 2015. 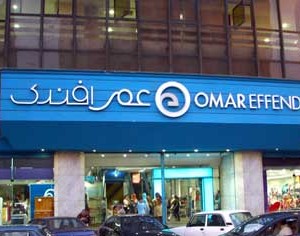 After the 2011 uprising, an investment dispute department of the administrative court annulled the 2006 deal, returning the store’s ownership to the public sector. The Egyptian court ruled against the privatisation of Omar Effendi invalidated the 90% sale of the Omar Effendi shares to Saudi businessman Gamil Abdel Rahman Al-Kanbit.

The department store was sold and privatised in 2006 to Anwal United Trading Company of Saudi Arabia for approximately EGP 504m.

It was reported that former board member Yahya Hussein had agreed to sell the iconic store at EGP 700m, less than the estimated official value assessment.

In December 2010, an acquisition deal by the Arab Investment Development Company (AID) was dropped.

The company was due to buy an 85% stake in the stores, but Anwal failed to pay its financial obligations to the Egyptian Tax Authority, which helped it to seize control of the department store’s bank accounts.

The sale of the business drew significant scrutiny and criticism, owing to its iconic status and the accusations surrounding the case that Mubarak had sold it for a below market price.

In August 2011, the Supreme Administrative Court affirmed the ruling that nullified the privatisation of Omar Effendi.